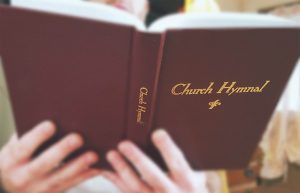 Served the Bradley County Community from 1935-1978

The Bradley County Jail faithfully served its community for over 40 years, standing as a reminder of law and justice. In 2021, the building was demolished after it was purchased by one of the local churches, Here is the history of the jail and the many crimes it saw walk through its doors.

Policing faced some drastic changes during the lifetime of the Bradley County Jail. The Progressive movement in the early 1900s called for, among other things, the professionalization of police forces and the reform of corrupt policing agencies. Technology also changed and improved greatly during this time period. The use of two way radios allowed cops to communicate even when they were out on patrol, and patrol cars helped the mobility and timeliness of police responses.

The Bradley County Jail was constructed in 1935 after the sale and demolition of the old Bradley County Jail. The old jail was purchased by the Presbyterian Church for $210, and they were tasked with the deconstruction of the building and removal of the debris. The original estimated cost for the new jail was $24,222, though later that price increased to $35,000. The contract for the new building was given to Mark K. Wilson The nineteen prisoners residing in the current jail were housed at a county farm until either their cases were resolved or the construction of the new jail was completed. 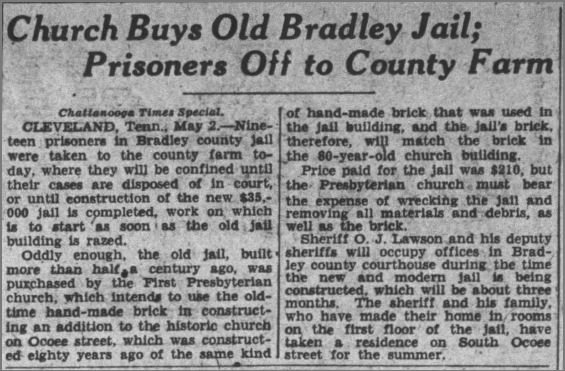 One common crime faced in Bradley County and other surrounding areas is the illegal practice of making moonshine. One of the Bradley County Sheriffs, French Alford, began a war against this crime when he took office in 1950. Following his accepting the position in September of that year, 15 stills were raided and destroyed, with most of these raids results in arrests and convictions for those involved. All of this was without federal raids by the Federal Alcohol Tax Unit. 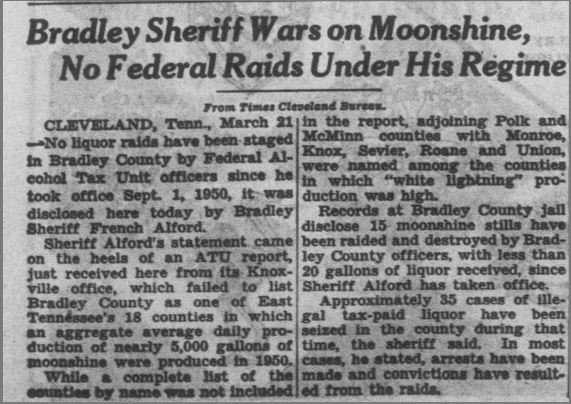 An illegal religious practice seen mostly in some populations of Appalachian Christians has sent at least a few inmates to the Bradley County Jail for a time. Snakehandling involves church-goers handling live, venomous snakes during worship services, believing that their faith and God will protect them from the bites of these dangerous animals. This practice has resulted in the deaths of some participants, hence the reason for its illegality.

Bradley County is home to many different factories, meaning that the jail has had to host those that have gone on strike over the years. One such incident involved the moulders and mounters of the Dixie Foundry Company. These men went on strike in the hopes of gaining better conditions in the shop, a living wage, and to garner the attention of management. The 66 strikers were offered $250 bonds as opposed to jail time, however, they felt they had not broken any laws and would “go to jail gladly for a good cause”. 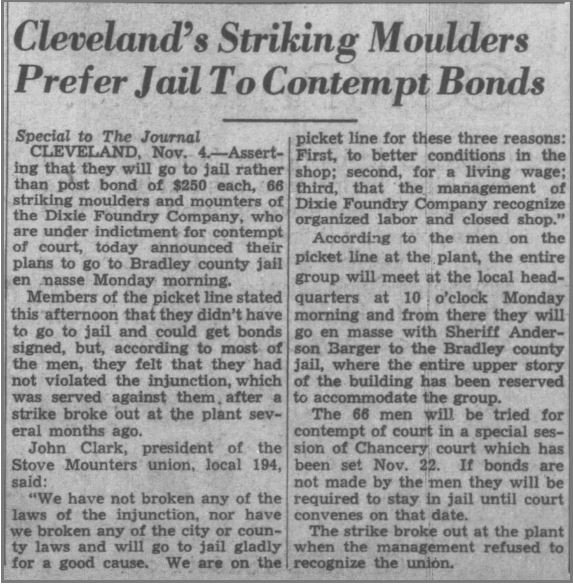 The Bradley County Jail has seen many interesting crimes come through its doors. One such crime is the attempted bank robbery by Cleveland cab driver, William Parks. In a spur of the moment decision, Parks entered the Cleveland Bank and Trust Co. and demanded money. It was later revealed that he needed the money to pay for a surgery for his wife and was not able to borrow it. Officers later arrested him after he took two cabs to Chattanooga, and he quickly cooperated when the officers found him.

Another interesting Bradley County case involves an insane doctor. Dr. Vance Bell pleaded insanity after he shot and killed Pearson B. Mayfield, a Cleveland lawyer and city commissioner. A jury later found the doctor to be “insane at present”, and it was decided that he was to be sent to an asylum in Nashville, where if he was ever declared sane and allowed to leave, he would face trial again.

One terribly tragic event that the Bradley County community had to face was the death of four year old Melisha Morgana Gibson. This poor little girl died of shock after a beating from her step-father, Ronald Maddux, that resulted in a tear in her left kidney. Sadly, this was not the first time Melisha had been brutalized by her step-father. When she was just 11 months old, her mother, Wanda Maddux, and step-father were jailed for child abuse, and Melisha went to live with a foster family. However, when the two were released from jail, she was returned to them and was subjected to horrible tortures. In the days leading up to her death, Ronald forced her to march around the house, beating her with a metal bat every time the child slowed down. It was these beatings that ultimately led to her death.

The couple was tried and sentenced to 99+ years in prison. Both later died in jail. The surrounding community was outraged at the cruelty to this poor child, and the couple actually had to be transferred out of the Bradley County Jail for their safety.

Melisha’s death has gone on to influence laws regarding child abuse cases, and there is currently a memorial scholarship to Lee University that was created by the city in remembrance of her. 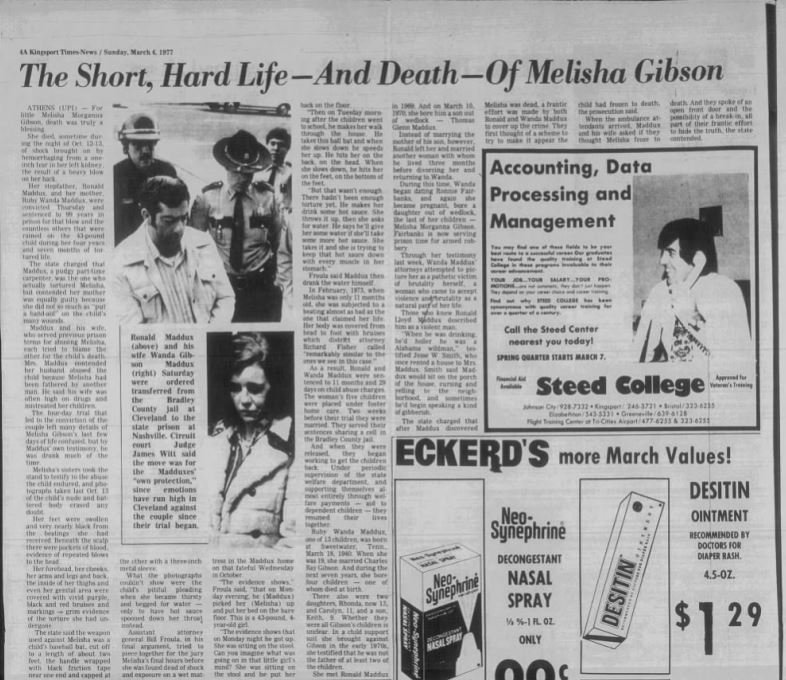 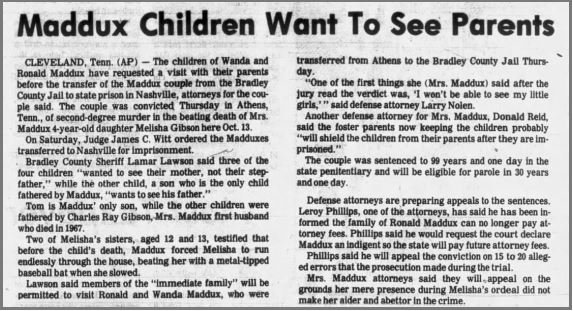 Even a Few Escapees

A few of the inmates at the Bradley County Jail managed to escape their imprisonment. Three prisoners (Edward Walden, Cyril Lee Walden, and Donald Roderick) played the long game, patiently cutting through the metal bars of their cell with a mop string saturated with cleaning powder. They used this method for months, first cutting through the bars of their own cell and then moving on to window bars, giving them their freedom. To avoid detection, the men would replace the bars on their main cell until they had successfully cut through the window bars and could escape.

Another escapee from the Bradley County Jail managed to avoid detection for a decade. Joe Shepherd from Tellico Plains, along with two other inmates, overpowered a jailer, and Shepherd managed to escape to Canada, where he remained for ten years. He was in jail for the brutal murder of two teenaged girls. Shepherd was only discovered again because of a TV show. Unsolved Mysteries aired an episode about his case, and one of the viewers recognized Shepherd and then reported him to the authorities. 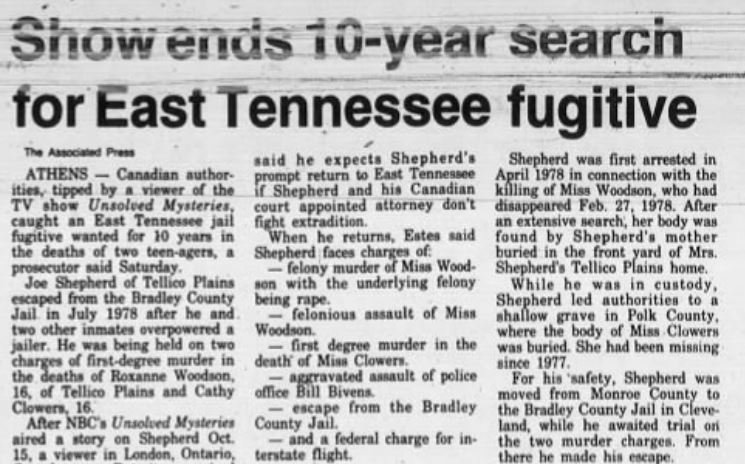 Demand for a New Jail

After over 40 years of housing the criminals of Bradley County, a grand jury declared that the building was unsafe and overcrowded, calling for the transfer of the prisoners until a new facility could be built. The District Attorney General at the time, Richard Fisher, filed the petition for transfer, saying that the adult male prisoners could return to the facility once improvements were made but any female or juvenile prisoners would only return to the county when a new facility was provided, which gave the county need for a new facility and retired the Bradley County Jail in 1978.

This virtual exhibit was made by Madeline Padgett